Awarded to African American illustrators for outstanding inspirational and educational contributions, the Coretta Scott King Book Award titles promote understanding and appreciation of the culture of all peoples and their contribution to the realization of the American dream. The award commemorates the life and works of Dr. Martin Luther King Jr. and to honor Mrs. Coretta Scott King for her courage and determination to continue the work begun by her husband.

George Ford won the inaugural award for illustration for Ray Charles (Crowell, 1973). Sharon Bell was the author award recipient for the same title. 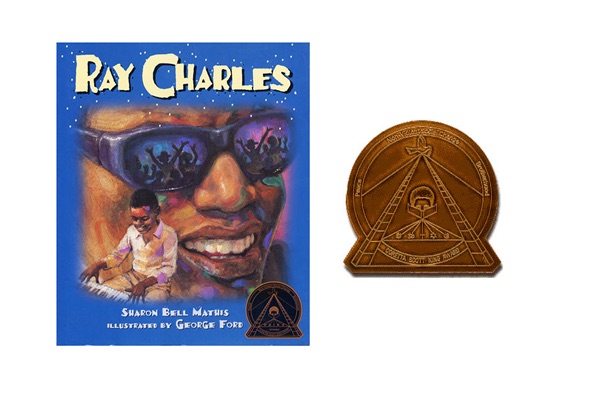