Since 1953 the Jane Addams Children's Book Awards have been awarded annually to the author and/or illustrator of children's books published the preceding year that effectively promote the cause of peace, social justice, world community, and the equality. Beginning in 1993, a picture Book category was created. Honor books may be chosen in each category.

Faith Ringgold was the first award recipient for Aunt Harriet's Underground Railroad in the Sky (Crown, 1992). 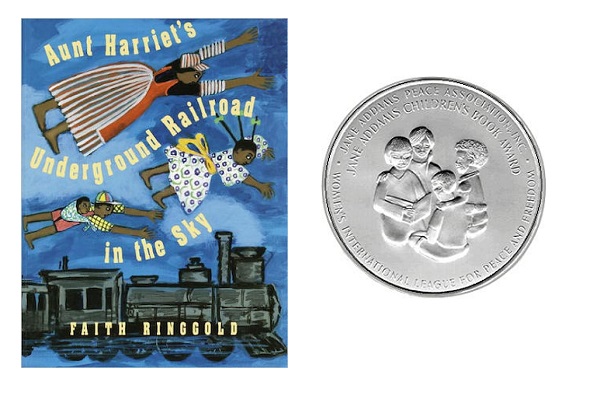